ABBEVILLE — Let me introduce Adam Gore, Agriculture/Horticulture Extension Agent for Abbeville County Cooperative Extension Office.  Adam comes to us from Loris, South Carolina.  He is a Clemson Graduate with a B.S. degree in Agricultural Education (Clemson University, 2013) and a M.S. in Plant and Environmental Sciences (Clemson University, 2016).

Adam has a vast amount of knowledge when it comes to horticulture.  If you have questions about issues with plants such as discolored plants, dying plants, the “why, if, how to” about plants; he is here to help.  I guess you could say he is a plant doctor, and he is literally in Abbeville County’s backyard.

During my conversation with Adam about his new position at the Abbeville County Cooperative Extension Office, I learned something new just in general conversation about blackberries.  He said a recent question was brought to him in regard to blackberries.  The individual who contacted him had stated that the blackberries were plump, large and juicy, yet they were not sweet.  He explained to me that while the blackberries had the rain they needed during the growth time in order for them to be large and juicy; they did not have enough sun to produce the sugar in the fruit for them to be sweet.  Due to the lack of sun, the sweet flavor ended up being watered down.  To think, I gained that knowledge in a small conversation with Adam; imagine what he can do with the questions you have about your plants.

You can meet Adam and introduce yourself during the Touch a Tractor Event at the Abbeville County Agriculture Building on Saturday, September 22, 2018, from 10:00AM until 2:00PM.  He is available Monday through Friday from 8:30AM to 5:00PM at the Abbeville County Agriculture Building.  You can also reach him by phone at (864)446-2276 or email at awgore@clemson.edu.  Adam has also started a Facebook page to post information.  You can view the Abbeville Horticulture: Clemson Extension Facebook page at https://www.facebook.com/abbevillehort/. 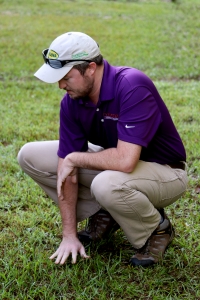 ABBEVILLE — The Freshwater Community Coast Foundation (FCCF) is excited to teach a series of training workshops for farmers throughout the year 2016. These workshops will give farmers the opportunity to learn more about production systems, marketing strategies, record-keeping, organic production, and more.

Each class will teach a different subject, pinpointing certain relevant areas of agriculture. The classes are as follows:

Each workshop will be taught by an expert on the given subject, ensuring the best possible advice and instruction. The goal of these workshops is to increase and improve agriculture in Abbeville and McCormick County and the Starr-Iva area of Anderson. The FCCF desires to strengthen farmers and their production knowledge, ensuring the continuation of the locally-grown and harvested products.

These workshops are just one aspect of all of the progress the FCCF is making in the surrounding areas for agriculture, entrepreneurship, and education. The FCCF understands the importance of locally-grown crops and the strong need for farmers, so the FCCF desires to help, inform, and promote agriculture as much as possible. 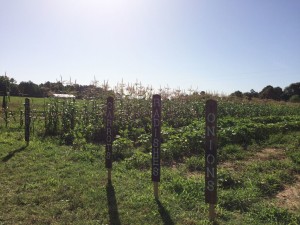 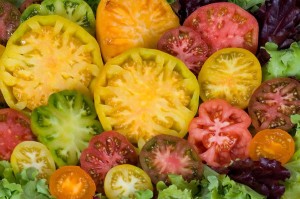 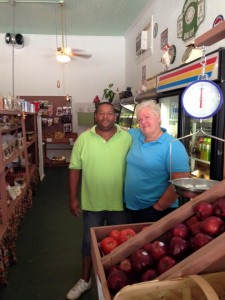 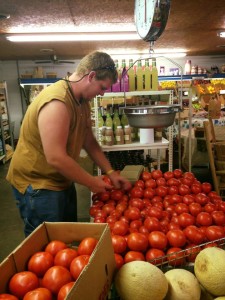 ABBEVILLE — The Freshwater Coast Community Food Alliance (FCCFA) recently held a meeting in which they discussed the possibility of a golf cart rental business in Calhoun Falls, a farm rental business, and what the future of farming looks like for Abbeville County.

Jason Ashley, a livestock farmer, attended the meeting and provided valuable discourse about what is required in order to maintain successful farming and also the various obstacles that are presented to local producers. Many growers are beginning to sell their products at their farms rather than in the market or through a processor in order to ensure that the customers get what they want and can pay up front. After purchasing the meat at the farm, the buyer then takes the meat to a processor and the buyer pays the processing fee rather than the grower.

The meeting discussed details of livestock farming, such as essential slaughter dates, slaughter houses, and the need for more local meat processors.

The FCCFA was encouraged by the progress made by the feasibility studies and research on local farming. Once these studies are finished, the FCCF will make them available on its website www.freshwatercoastcommunity.org to promote potential agricultural business opportunities.

They also discussed the need for identifying local byproduct buyers as well as training for local butchers. This training would teach butchers how to cut meat well and ensure that the customers get exactly what they order.

Farmer’s market strategies were also discussed, such as the need for a meat market and a certification process required in order to sell at the farmer’s market.

As discussed in the meeting, the Freshwater Coast Community Foundation is taking even more steps to improve agribusiness in Abbeville County, McCormick County, and the southern area of Anderson County.

ABBEVILLE — On Thursday, the Freshwater Coast Community Food Alliance (FCCFA) held a meeting in Abbeville where they gathered together with almost 30 local farmers to discuss the growth possibilities of agricultural crops, livestock and specialty foods and what is needed to increase production and sales.

The producers from Anderson, Starr, Abbeville, Iva, Due West, Donalds, Plum Branch, Lowndesville, Calhoun Falls, Honea Path, Hodges, McCormick, and Greenwood provided FCCFA with valuable discourse concerning the growth, sales, and progress of cultivation. Each grower voiced his or her needs that come up during the growing seasons, many of these needs resounding among many of the farmers.

Each agricultural business needs certain products and buyers in order to succeed, and the Freshwater Coast Community Food Alliance’s goal at this meeting was to address those needs and to eventually meet them. The Food Alliance plans to meet again on August 27th, at 6pm at the Abbeville Extension Office 265 Industrial Park Road, Abbeville, SC 29620.

Farming in Abbeville County, McCormick Count and Anderson County has been challenging, and the purpose of this meeting was to figure out why and how the community can team with FCCF and Clemson University Cooperative Extension Service to increase agricultural business successes. 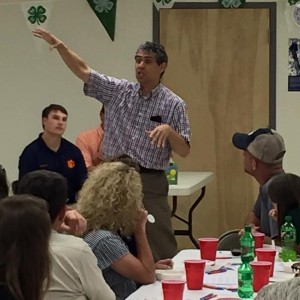 Will Ferreira, Community Coordinator of the FCCF, gestures as he discusses horticulture and local food systems with local growers.

Since the growers have voiced their needs, FCCF and Clemson Extension will work to provide farmers with the resources and publicity required to maintain a thriving agricultural     community.